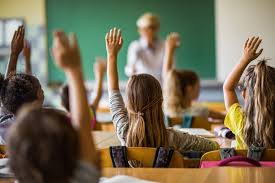 My First Encounter with a Dyslexic Child


Sarah was a chubby girl with bright eyes. She had an orange scarf on and had tied it so tightly that her cheeks popped out.

I was quite excited. It was the first time I was going to meet a child referred to the clinic from school. I was so excited that I had my best floral scarf on to establish a good rapport with her. Let me just tell you that our first session lasted more than an hour and a half, during which I was just a listener.

Sarah was such a chatterbox. In response to a simple question about her siblings, she started talking on and on and venting.

I couldn't understand why a seven-year-old child should be so sad just because her uncle would no longer visit them.

Instead of being a mere listener, I did my best to direct the interview with her towards a diagnostic one. I tried but failed to interrupt her or to shift the topic to school. Sarah always returned to her own preoccupation: her uncle!

She never said her uncle was dead or gone somewhere; she just kept complaining that he no longer came to visit.

She described the scenes of her birthday party with all the details, including the colors of the balloons, the size of the candles, the cake, the music, and the happy atmosphere with the presence of her uncle. I could easily imagine myself there. It was a vivid illustration with words!

She spoke with indescribable joy about her uncle's kindness and the joys he had brought into their lives.

When she talked about going to the park with him, her bright eyes shone even brighter. I gradually realized that Sarah was suffering from emotional problems, and that the ensuing anxiety had disrupted her education.

She spoke as if she was much older than her age and seemed very smart, but her notebook full of misspellings made me doubt this. I asked her to write her uncle's name on a piece of paper but she failed. She wrote her own name in a not-so-legible handwriting. I tricked her into taking out her Persian textbook that she was hiding in her bag, and I asked her to read the lesson they had just learned. Sarah fluently read the entire lesson, and some lessons before that, out loud.

But when I gave her a new text with much simpler words, she failed to read it. The little girl had memorized all the texts she had heard in class based on pictures and the lesson number, yet she could not read the same text with a new typeface presented outside the book.

Her eloquence did not match her misspellings and her inability to read.

In short, after a long session and talking with her family, we set a time to work on her reading and writing problems.

Sarah left, and I had to report her condition to the head of the clinic.

But before I could speak, he said, “Sarah's father has been in prison for several months due to financial problems, and she is under a lot of pressure.”

I was shocked. In that hour and a half of venting, she was talking about her father.

Still, I would never ask her why she had hidden her father’s identity behind her uncle's name; after all, if I were in her shoes, I, too, couldn’t imagine my hero in prison.